Congratulations to the following WMOA officials who worked the recent Addix All Star football game played in June 9th at Davenport University. The event was outstanding with over 20,000 dollars raised for Gilda’s House of Grand Rapids. The WMOA officials did an excellent job and represented our association well. 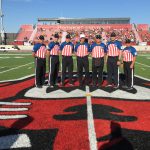 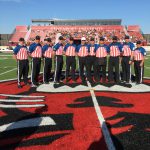 **You choose the amount to donate**

Log In
Become an Official
Click here to learn about the process of becoming a MHSAA-registered official.
Become a Member
Click here to join the WMOA as a NEW member for 2020-2021 or if you are an existing member without a wmoa.net account.